THE BASIC SECTIONS OF AN AIR WASHER:

The basic components of an air washer system are a chamber that contain a series of spray nozzles, an eliminator section that removes water from the air that is exiting the air washer and a sump which catches both the sprayed water droplets and the water that was collected by the eliminators. The spray section will either add moisture to the air or dehumidify the air, while washing solid particles out of the air. The eliminator section in many cases is a "W" or a series of "W"s in shape. This section, forces the air to contact the eliminator components, which in turn knocks down water droplets and air borne solids. The sump is the collection basin for the system. The washed out solids, lint, dust, and water all collect in this area.

FUNCTIONS OF AN AIR WASHER:

HUMIDIFICATION BY AN AIR WASHER:

Humidification is accomplished by using the recirculating spray water, washing preheated air with the spray water, and by heating the spray water. In general, the humidification of the air occurs as the humidity of the outside air decreases. This allows the water from the sprays to entrain in the low humidity air and increase the humidity of the washed air as it leaves the system for the plant. The heating of the spray water or the heating of the air prior to the air washer creates a condition that allows the air passing to the plant to hold a higher level of moisture. The amount of moisture that is required for the plant use will dictate the degree that the air or spray water will need to be heated. An air washer will humidify the air during the seasons when the outside air is low in humidity. This is usually during the late Fall, Winter and the early Summer, or in arid climates. The reason that the air is humidified, is to create the proper condition for the operation of the plant. In the production of Textiles, Electronics, and other related industries, where the humidity of the air is crucial for the air quality and material production, the air washer will balance the required humidity of the plant air by humidifying the air during the dry seasons, and dehumidifying the air when the air conditions are more humid than the plant requires. During the humidification process, the water in the air washer will cycle up solids in the same manner as a cooling tower. For this reason, the air washer is to be treated in basically the same manner as a cooling tower would be, that has the same water characteristics. The only differences in the chemical treatment program are based on the unique operating characteristics of an air washer, which are addressed in other sections of this report. DEHUMIDIFICATION BY AN AIR WASHER: Dehumidification occurs when the water that is spraying from the nozzles is cooler than the wet bulb temperatures of the incoming air. In this case, the incoming air is moist and contains a higher level of moisture than the plant requires. By spraying this air with colder water, the incoming air is cooled down. This cooling process also removes moisture from the incoming air. Dehumidification usually occurs during the hotter more humid months of the late Spring, Summer, and very early Autumn. During the period of time that the air washer acts as a dehumidifier, the air washer will take on the water that has been stripped from the air. This effect causes the dissolved solids level in the air washer to drop. It also creates a surplus of water in the air washer system that is removed from the air washer through the system overflow.
As the solids level in an air washer drops, the Langelier Index will also drop. The index is used to indicate the tendency of the system water to be either scale forming or corrosive. During

CLEANING THE AIR WITH AN AIR WASHER:

Air is cleaned by an air washer when particulate matter impinges on the wetted surfaces of the eliminator blades. Air is also cleaned, when the sprayed water generates enough ionization to neutralize the charges on the particles in the service area so that they can be dropped out into the sump as they are drawn through the air washer. The cleaning of the air will remove lint, oils, and other airborne particles from the air. This builds up the level of the solids in the water which must be removed either from over flow or bleed. Chemical treatment can improve particle removal and prevent nozzle clogging from excessive solids build up.

As the water droplets are broken up at the nozzles, ionization occurs. This places a charge on the water droplet which allows it to attract charged particles that are in the air. This will allow the removal of any of the airborne solids from the air. It can also cause the build up of charges in the air that exits the air washer. These charges can cause static electricity to build in the air, which can cause textile processing problems if not neutralized by an antistat treatment program.

Air washer systems should be inspected regularly to insure that wetted components are free of dirt, 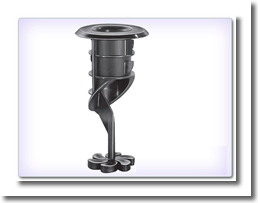 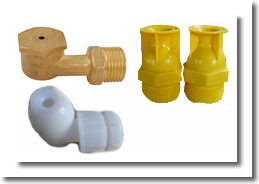 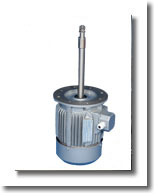